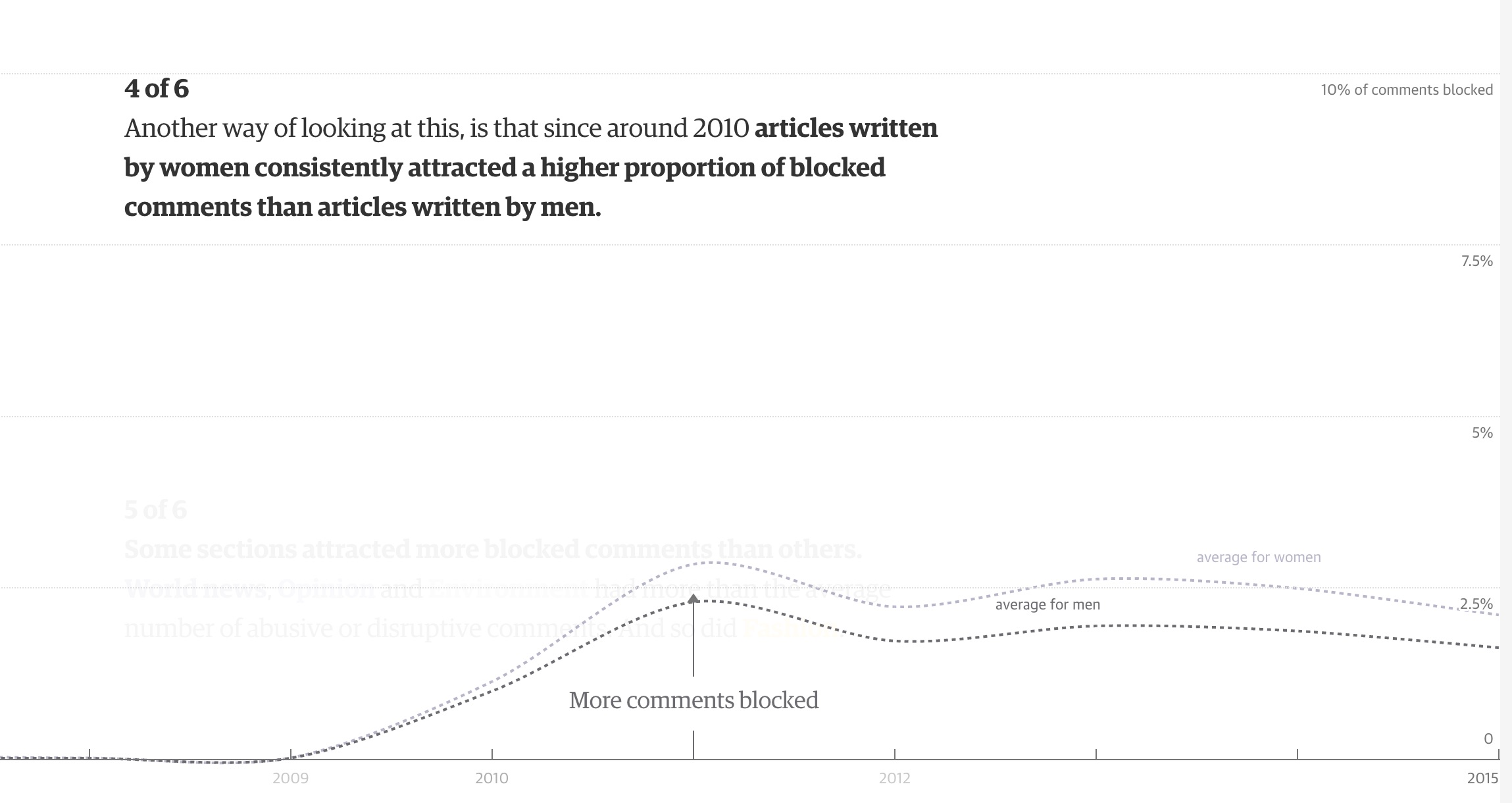 Anyone who has spent any amount of time in any sort of online spotlight has already discovered that people on the Internet are awful. Especially in anonymous comment sections. Ask any community or social media manager about their worst day and, after wincing, they’ll typically describe a day when someone from their community viciously attacked them personally. If they’re lucky, the attacks stopped with trolling, awful language, if they were less lucky, their entire career or lives were firebombed by angry mobs with far too much spare time and way too much anger.

If you were to ask a female community manager, maybe after a few cocktails, you’d probably dig more into the weird sexual harassment she’d received as part and parcel of her daily work existing on the Internet. Ply me with a bourbon or two and I’ll nervously share the story of an awkward troll from a former community I managed who insisted on pledging his “love” to me in post after post, signing them  “your boyfriend”. I was relatively young and we gave our community WIDE berth to free expression, or I’d have shut that shit down sooner. Customer-based harassment is often considered “part of the job” for public-facing employees, so it’s typically not handled as well.

Anecdotes are great, but here’s some data.

The Guardian commissioned research into the 70m comments left on its site since 2006 and discovered that of the 10 most abused writers, eight are women, and the two men are black. Is anyone surprised? I mean honestly?

While women and minorities are clearly bearing FAR more of the brunt, the Guardian notes “both writers and moderators observe that ethnic and religious minorities, and LGBT people also appear to experience a disproportionate amount of abuse.”

I wish I had a solution. Be nicer? Have empathy for one another? Build better moderation tools? A combination of any of those things would be great. I’d be happy with everyone taking a deep breath before posting and remembering the old adage “If you can’t say anything nice, don’t say anything at all.”